An introduction to the universality principle, which provides that all States have jurisdiction over a limited number of grave crimes 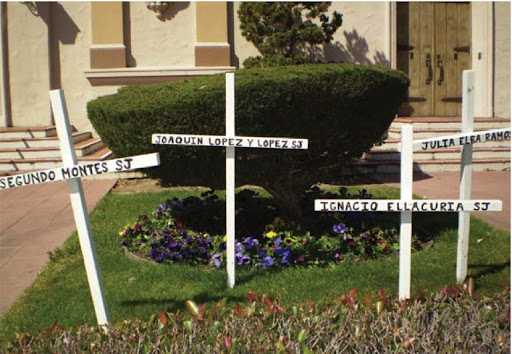 Almudena Bernabeu, an attorney who has spent more than 15 years pursuing justice for victims of human rights abuses, was the recipient of the Katharine and George Alexander Law Prize from Santa Clara University School of Law on March 14, 2012. The award honors all of her work, including current efforts on behalf of survivors of Guatemalan genocide (including Nobel laureate Rigoberta Menchu Tum) and against the Salvadoran officials alleged to be behind the massacre of six Jesuit priests, their housekeeper and her daugher in 1989.

Bernabeu is an attorney with the Center for Justice and Accountability, a nonprofit human rights law firm in San Francisco, where she leads their Latin America and Transitional Justice Programs. She has brought cases against human rights abusers in El Salvador, Colombia, and Peru. Her team’s efforts to find evidence in the Guatemalan genocide case is featured in the 2011 documentary Granito, How to Nail A Dictator. Several YouTube videos, many in Spanish, feature interviews with and information about Bernabeu.

Bernabeu's representation of Guatemalan genocide survivors and her efforts to bring Salvadoran officials to justice are taking place in Spain's Audiencia Nacional (National Court) in Madrid. Spain's 1985 Ley Organica 6/1985, de 1 de julio, del Poder Judicial (Organic Law 6/1985, of 1 July, of the Judicial Power) incorporated the principle of Universal Jurisdiction, giving the Audiencia Nacional jurisdiction over selected international crimes committed outside of Spain. In 1996, the Spanish Audiencia Nacional investigating human rights abuses in Chile requested the extradition of Augusto Pinochet from England, where he was receiving medical treatment. Spain has since enacted legislation narrowing the reach of its law to cases in which Spaniards are victims, the perpetrators are in Spain, or there is another link to Spain.

Universal jurisdicion is a controversial principle which allows States to prosecute grave international crimes in their national courts without regard to traditional bases of jurisdiction such as territory or citizenship.

A limited number of international treaties -- the Geneva Conventions and  the Convention Against Torture, for example -- allow or require States party to prosecute those responsible for egregious crimes, even if the crimes occur outside of the state's territory and even if neither victims nor perpetrators of the crimes are citizens or residents of the state.

Creation of the International Criminal Court has not eliminated a perceived need for universal jurisdiction. The jurisidction of the ICC is limited to crimes committed after the Rome Statute came into effect, to States which have become party to the Statute, or to situations referred to the Court by the United Nations Security Council.

The Arrest Warrant case in the International Court of Justice (2002) called for the cancellation of an arrest warrant issued by Belgium against an incumbent minister of the Democratic Republic of the Congo. Belgium has since amended its universal jurisdiction statute which formed the basis for that warrant.

Since 2009, at the urging of African nations, the United Nations has been examining the topic of Universal Jurisdiction.